The data presented below was generated in April, 1999, for my sophomore English class at the Illinois Math & Science Academy (IMSA), a residential public high school for grades 10 to 12 in Aurora, Illinois. We all had a big project to do, and I blithely decided to try to survey all 600-ish students at the school to learn about our collective religious predilections. Somehow I managed to get a third of all the students to respond to my paper survey, where they actually had to write out their own answers, and my friend and dorm-mate Saugar (today Dr. Saugar!) helped me tally all the written data into Excel so that I didn't have to stay up quite as late borrowing other people's computers. The results still interest me today.

Note that the data here is presented anonymously and in aggregate only. Despite that, this was just a high school educational exercise that never went through Institutional Review Board (IRB) review, as I didn't even know what that was at the time. Rather than being publishable data, I hope it inspires actual publishable data. Now onward to the findings!

First, the breakdown of religious belief among all the responses I received showed that about three quarters of the student population self-identified as following a particular religion back then. About one quarter of the respondents self-identified as either atheist or agnostic.

Among just the respondents who said they followed a religion, the vast majority of them were some Christian denomination, with Hinduism, Buddhism, Judaism, Islam, Jainism, Paganism, Wiccanism, Sikhism, and Zoroastrionism rounding out the rest. 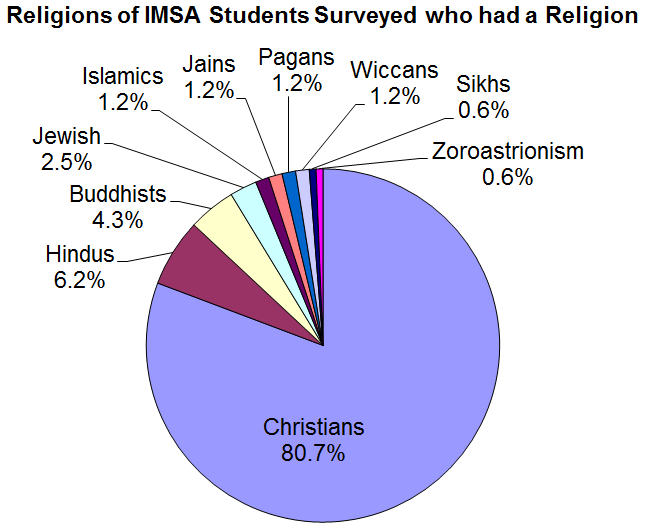 Teenage me questioned the authenticity of "Wiccan" responses -- I mean, other teenagers were filling this survey out for another student, so who knows how serious they all took it -- but today I just take the data for what it is. 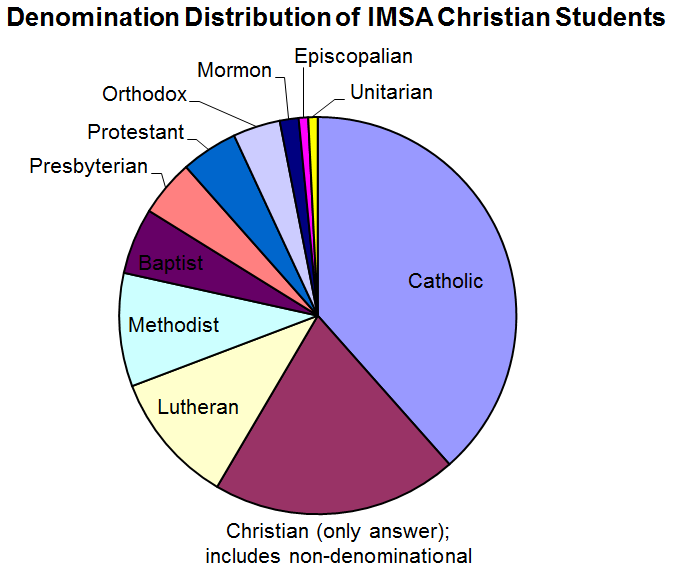 I was interested in seeing if going to this high school seemed to have any effects on religious belief. Of course, I had no controls, no in-depth follow-up questions, nor any guarantee of true random sampling, but I'll still take the following data for what it is: interesting. 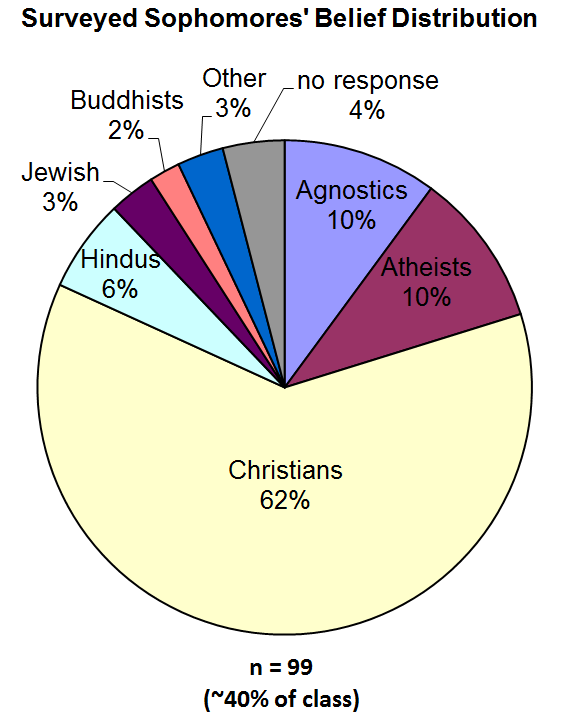 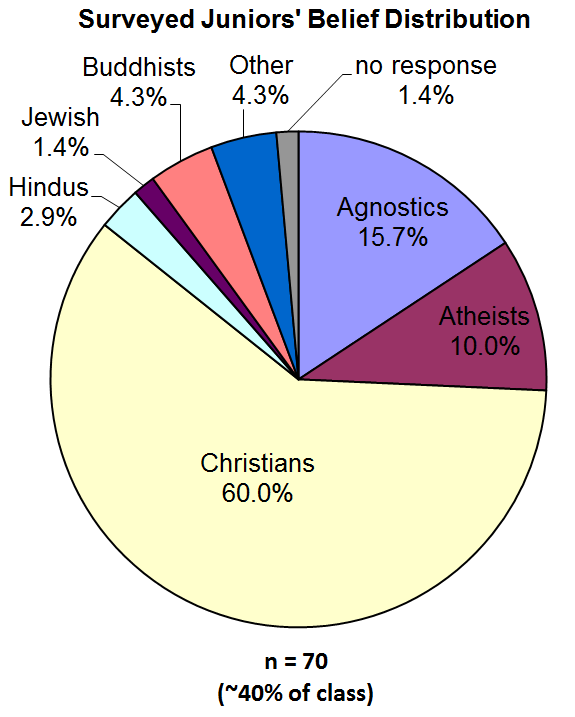 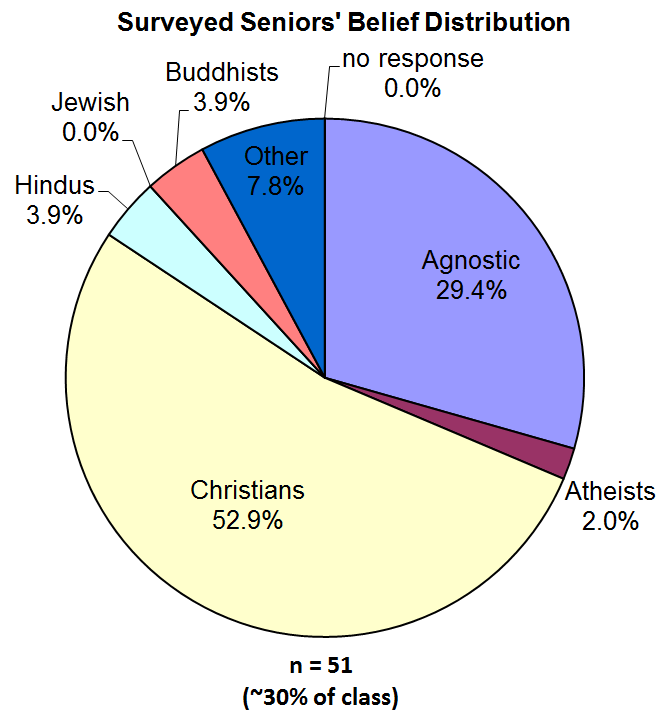 When the data is broken up according to grade level, you can see that agnostics rise from 10% to 30% of respondents in a particular grade. Meanwhile the percents of the next two biggest groups, Christians and atheists, both go down as grade level goes up. This suggests that in high school, or at least this high school at this time, teens become more likely to say "I don't know" when it comes to religious belief. At the very least, more teens know what "agnostic" means. I wish this data could be compared to other high schools in that same period, or to the same cohorts as time passed (I did not redo this undertaking), or to IMSA today, many years later. Right now I don't know if this is a real effect of growing up, or if these groups of students just followed different fleeting religious trends that don't match up with other circumstances.

I also asked on the survey if students followed their parents' or parent's religion. Sophomores said yes at the highest rate, followed by juniors, and then seniors. That aligns with the findings above.

Finally I asked if students thought that IMSA affected their religious beliefs at all. These responses did not show a neat trend, with all respondents averaging out to about a 50-50 yes-no response. That suggests to me that there was no consistent effect of the school, itself, on religious belief of students. For those students who said yes, though, I gave space for respondents to explain how it affected it. They wrote many different responses that again showed no consistent pattern; some students become more religious while others became less. Mostly the comments reflected nuanced thinking about how their surroundings interact with their beliefs, or not.

You can download the data behind these charts below, if you want to take a look. Maybe one day it can be compared to someone else's investigations of high school religious belief, and we'll have more answers as to whether this was a unique snapshot of that school at that time, or if it is more generalizable in any way.